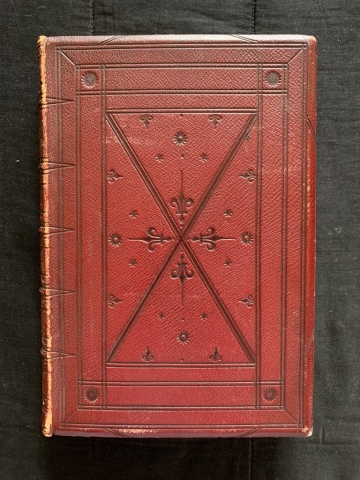 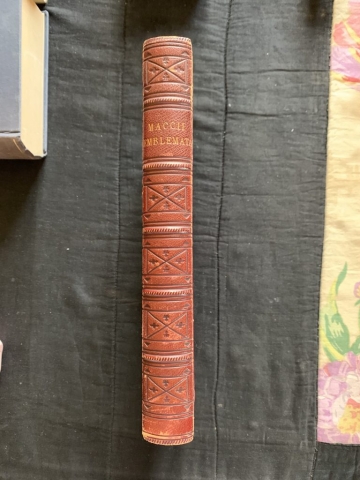 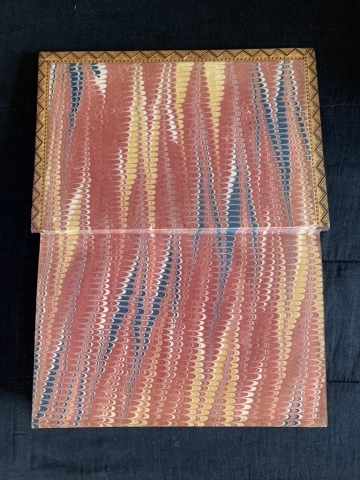 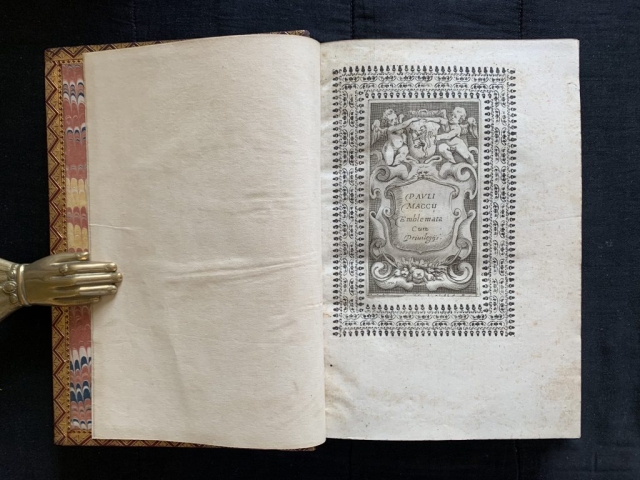 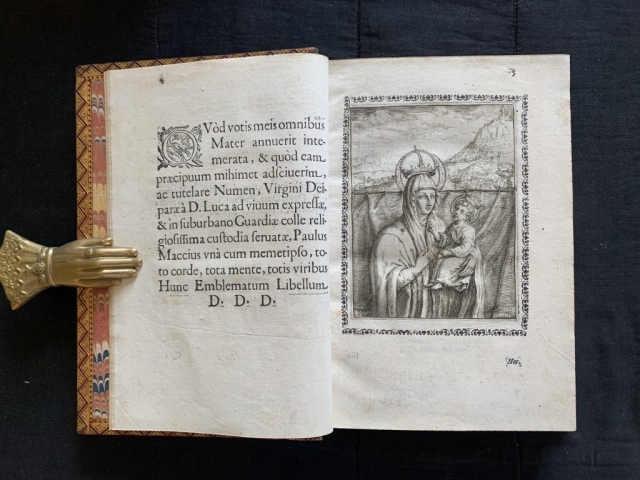 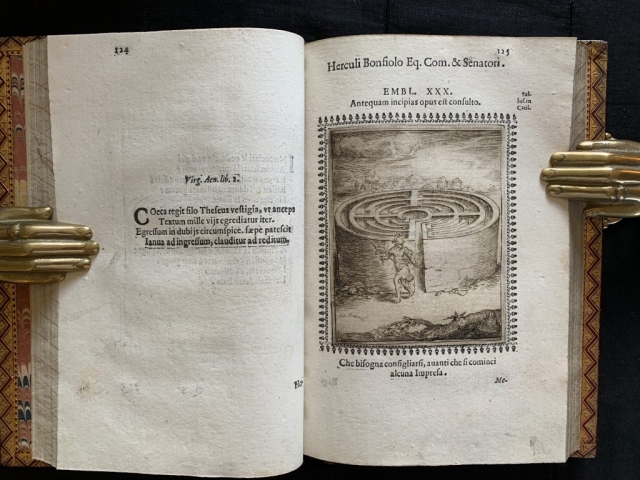 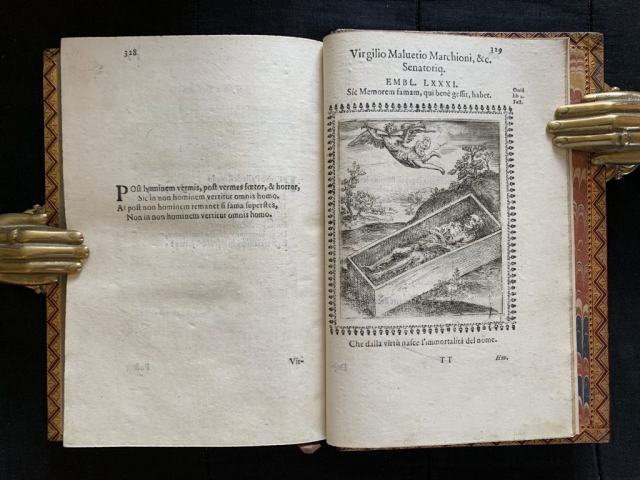 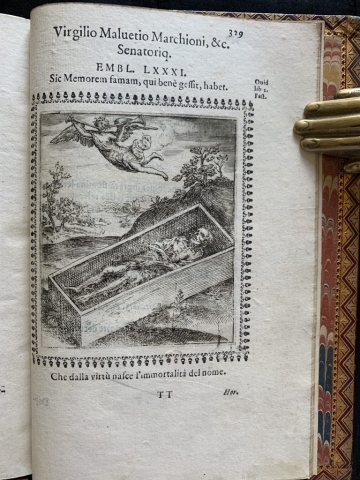 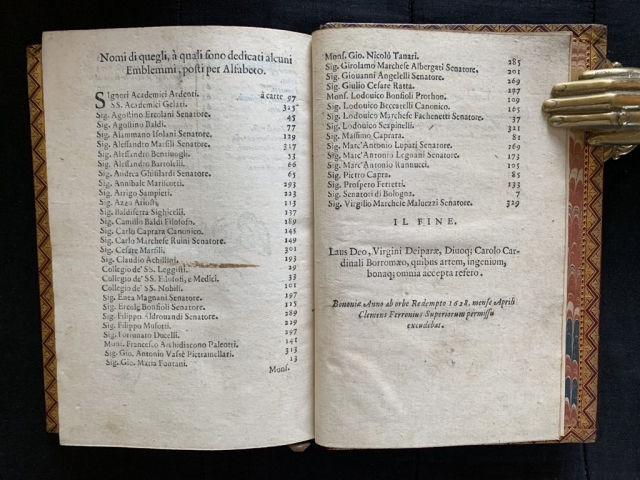 Paolo Maccio (or Macchio) (c. 1570-1640) was originally from Modena. He was a Professor di Belle Lettere (Literature) at the University of Bologna and the author of various orations and of a book of emblems, the Emblemata.

This richly illustrated first edition contains 81 engravings which were executed by artists active in Bologna in the 17th century: Oliviero Gatti (dedicatory plate and 52 engravings), Giovanbattista Coriolano (27 engravings) and Agostino Parisini (2 engravings). Parisini signed his two engravings (LXXVI-LXXIX), which were made after Florius Macchius.

The work offers a precious insight in the Bologna of the early 17th century, since together with the typical moral and devotional meanings, we also find political and societal themes characteristic of Bologna. Contemporary Bolognese politicians, clergymen and important citizens are chosen by the author as dedicatory recipients of individual emblems throughout the book.