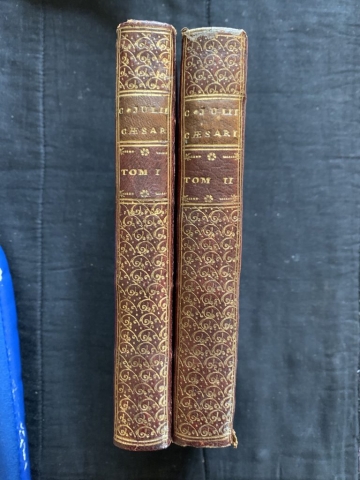 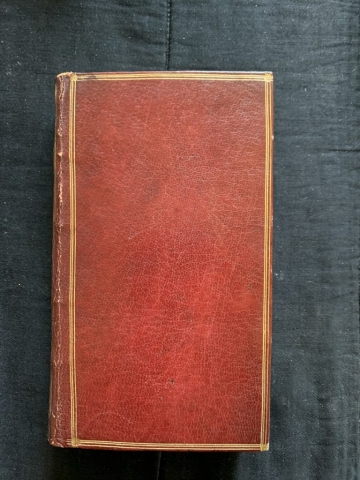 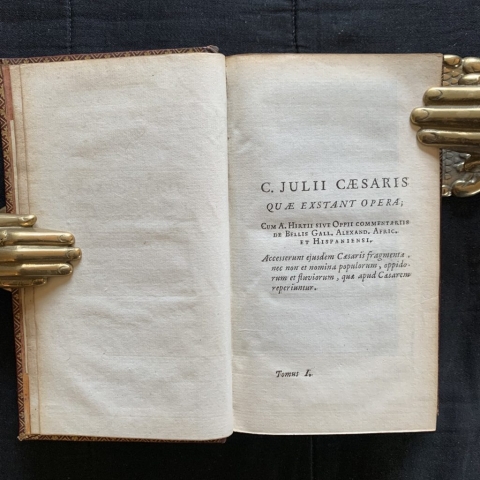 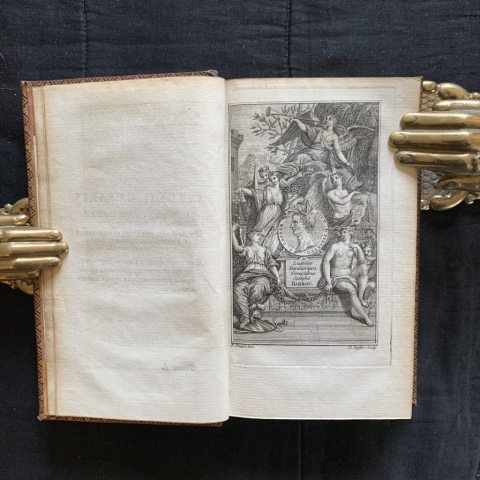 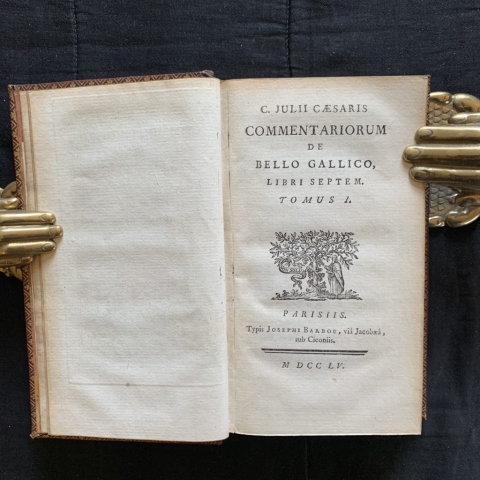 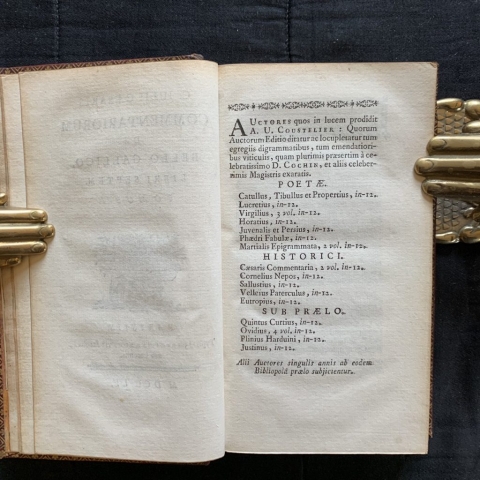 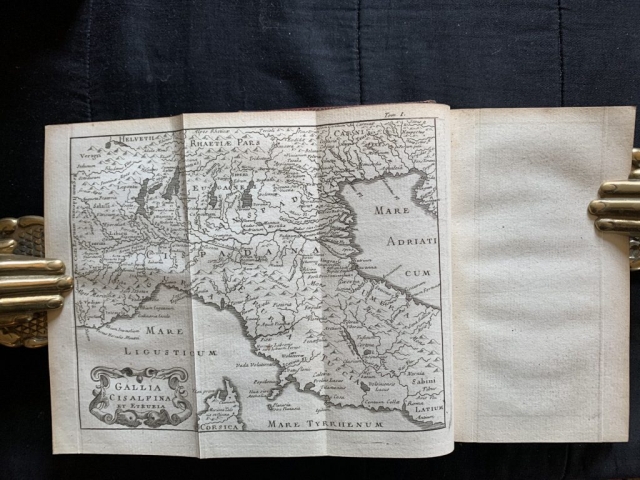 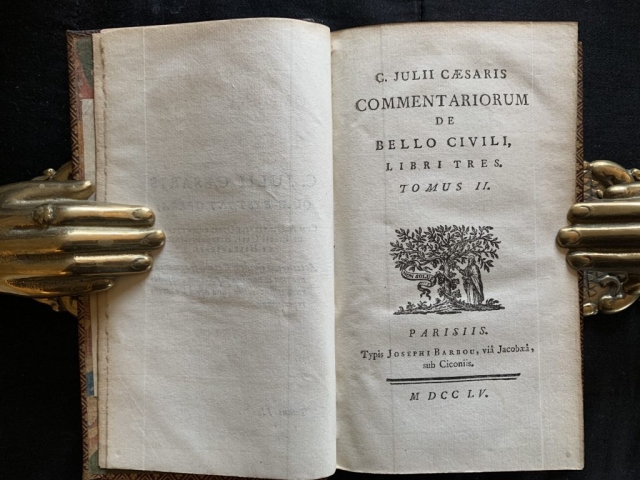 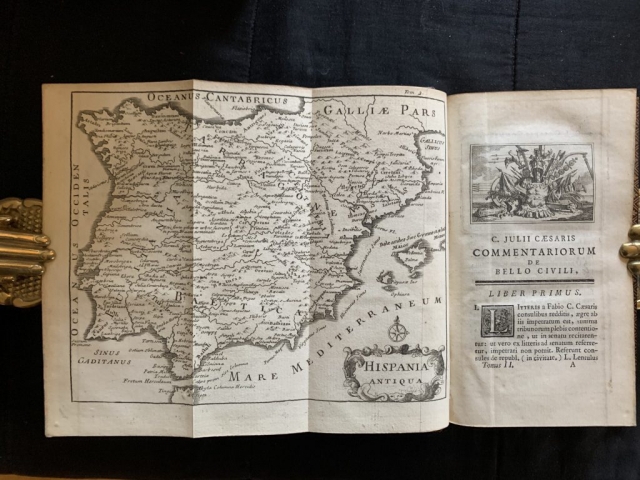 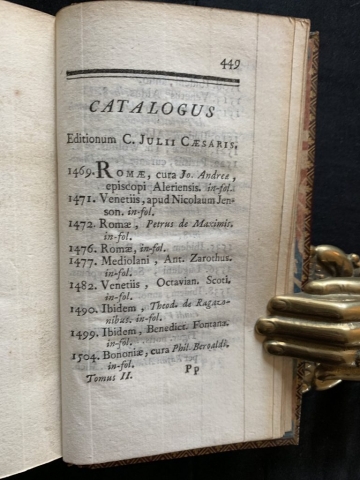 Joseph Barbou’s 1755 edition of Caesar’s commentaries, with supplements by his general Aulus Hirtius. This book was part of a library of the classics prepared for this publisher by A.U. Coustellier: the catalogue as of 1755 is found after the title page of the first volume. A list of the editions of Caesar’s work from the first (Rome 1469, now Goff C16) to 1755 is found at the end of the second volume. The engraving on the frontispiece is signed by the French engraver Bernard Picart (1673 – 1733). The first volume ends with a Dissertatio on the De Bello Gallico by Henry Dodwell (1641 – 1711), an Anglo-Irish scholar, theologian and controversial writer who was elected Cabed professor of History at Oxford University in 1688.  Another copy of the 1755 edition can be found here.

[envira-gallery id="12125"] RAWLINSON, G. (tr.). History Of Herodotus Of Halicarnassus. The Translation of G. Rawlinson Revised and Annotated by A.…