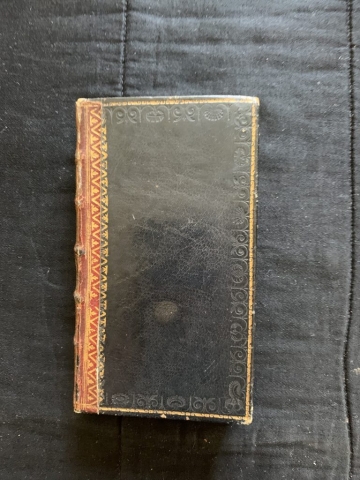 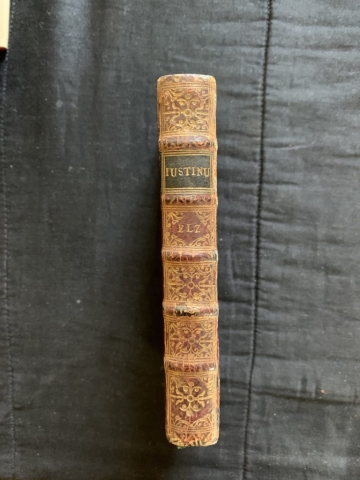 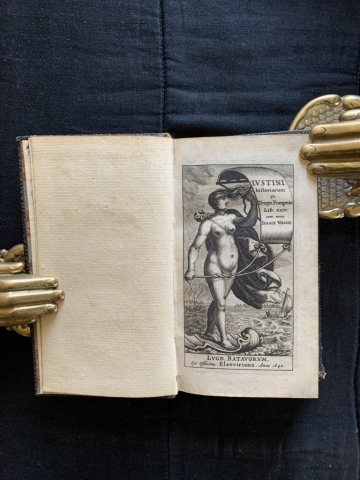 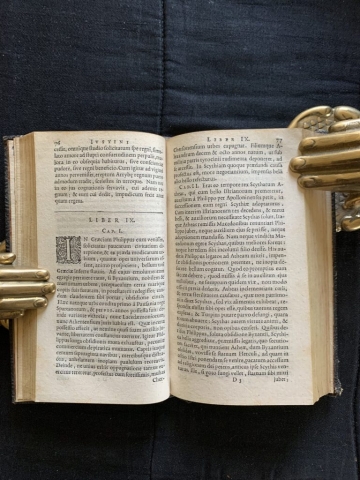 Two editions were published in 1640. This one, the first edition and the more beautiful exemplar, which also contains the dedicatory letter by the Dutch scholar and manuscript collector Isaac Vossius (1618-1689). The second edition does not include the dedicatory letter, but it does include little summaries at the beginning of each chapter which do not appear here.

The Philippic Histories, in 44 volumes, focussed on the Macedonian Empire founded by Philip II and on its expansion under Alexander the Great and his successors. The original text of Trogus’s Philippic Histories survived solely through the famous summary produced by Justin and through excerpts by other authors, including Jerome and Augustine.

The engraved title page signed by Cornelis Claesz Duysend (fl. 1630-1640) depicts the naked Fortuna or Occasio on a shell in the sea while holding her typical attribute of the sail.

[envira-gallery id="12001"] TERENCE, Terence's Comedies: Made English With His Life and Some Remarks at the End Swall T. Childe: London,…