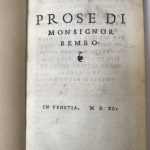 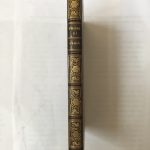 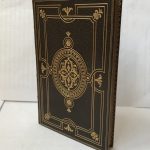 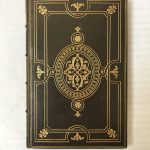 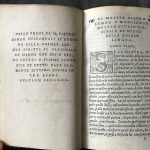 Known as Prose della Volgar Lingua (“Discussions of the Vernacular Language”), this is the second edition of one of the most-renowned work devoted to the Italian language. It first appeared in 1525. This linguistic guide has been fundamental to the establishment of a common Italian language based on the Tuscan vernacular. Great humanist and undoubtedly skilled man of letters, Pietro Bembo (1470–1547) was a Cardinal and today he is considered one of the noble fathers of modern Italian.

“In the Prose, Bembo codified Italian orthography and grammar, essential for the establishment of a standard language, and recommended 14th-century Tuscan as the model for Italian literary language. His view, opposed by those who wanted Latin and by others who wanted a more modern Italian as the model, had triumphed by the end of the 16th century.” Encyclodaedia Britannica